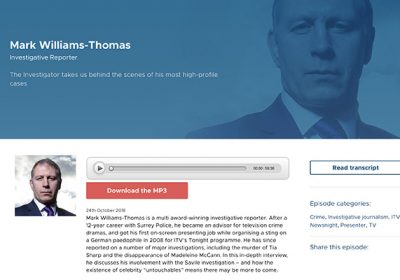 1st November 2018
Media Masters: Mark Williams-Thomas is a multi award-winning investigative reporter. After a 12-year career with Surrey Police, he became an advisor for television crime dramas, and got his first on-screen presenting job while organising a sting on a German paedophile in 2008 for ITV’s Tonight programme. He has since reported on a number of major
Read More

30th October 2018
‘Catch a cheating partner’………… It is not at all uncommon for one party in a relationship to suspect that the other party is cheating, having an affair or simply up to no good. In many cases, it’s the ‘not knowing’ that causes the most pain.  In a lot of cases there will be no more
Read More